With this release we want to respond to the many fans who ask us what happened to volume 2. Well, we have never stopped, and the saga that began in 2007 is finally approaching its conclusion.

For those who missed the previous statement: we made a forced choice from the amount of funds available, that is the final chapter will be released as a novel and will be available in Italian and English.

As for the previous chapters, it will be distributed online for free through the web portals that will make it possible (amazon Kindle etc.) 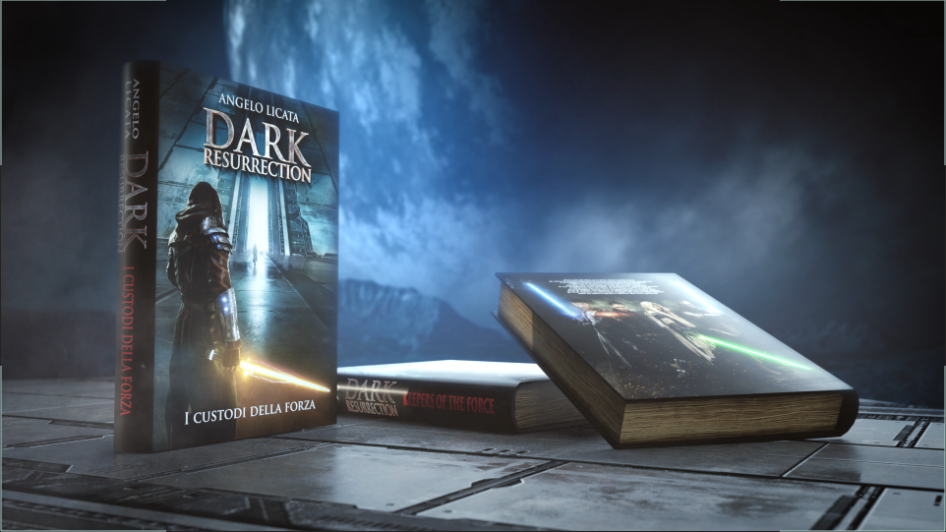 The very rare paper copies, enriched with beautiful illustrations, will be produced in limited edition and sent to the Associated Producers, (link) who with their moral and economic support have made all this possible.

The novel will be released accompanied by a long narrative-trailer (Here the link of the backstage) currently in post-production phase.

Angelo Licata is working on the post production of the film shot at the end of last September, dealing entirely with 3D and compositing. At first glance it may seem like a very long time for a short film of a few minutes, in reality we assure you that the creator of Dark Resurrection is making incredible efforts to complete the project quickly.

The numerous locations you will see when the short film comes out are created entirely in 3D. A process that requires months of preparation even for sequences of a few seconds. This time is obviously extended due to the limited budget available, and of course the lack of a large team, as happens in large production studios.

Fortunately, Angelo's work is supported by Fabrizio Fenner, who is working on the rotoscoping (frame by frame retouching) needed in all the scenes where the lightsabers are present or it is necessary to cut out set elements.

It is a job done with great passion and obsessive attention to detail. Fueled by the desire to further increase the quality level compared to previous films.

We leave you with a taste of some frames from the post-production of the final chapter of Dark Resurrection: Keepers of the Force, hoping that you will appreciate the efforts made so far.

If you are not yet Associate Producers and want to contribute, here is the link. (We would like an extra computer and a latest generation GPU to accelerate rendering processing). We remind you that the Producers are the only ones to receive the illustrated novel of the final chapter, and the DVDs and Blu Ray of the previous chapters. If you are already of ours help us to spread the word.

May the force be with you!