I understand
HomeFilmsVolume 2Who are the Associate Producers?
LOGIN
Sign In or Register 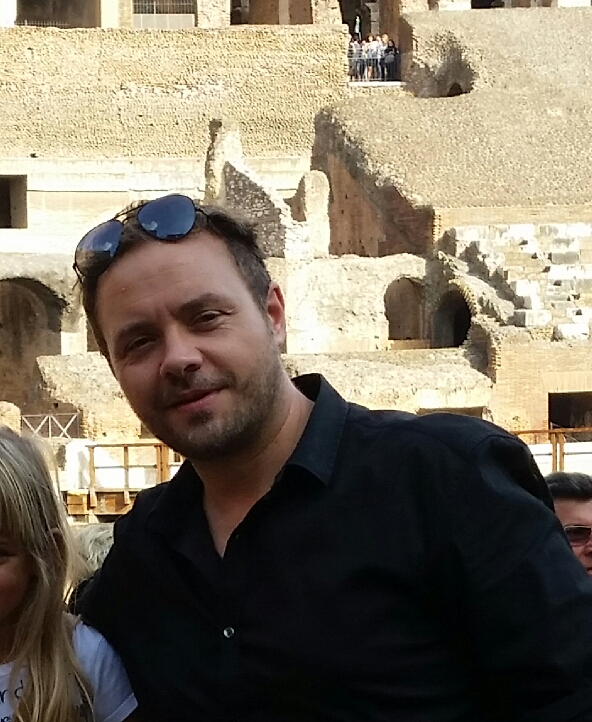 Nazareno, who lives in Castel Madama in the province of Rome, chose two years ago to become Associate Producer of "Dark Resurrection vol.2" and, only recently, has made known his motivations that led him to join the Army of the Thousand Heroes:

"I chose to participate because I believe that this project can be a breath of fresh air. I believe in the possibility of achieving something special"

We thank Nazzareno for the great trust in our project wishing him, as always: 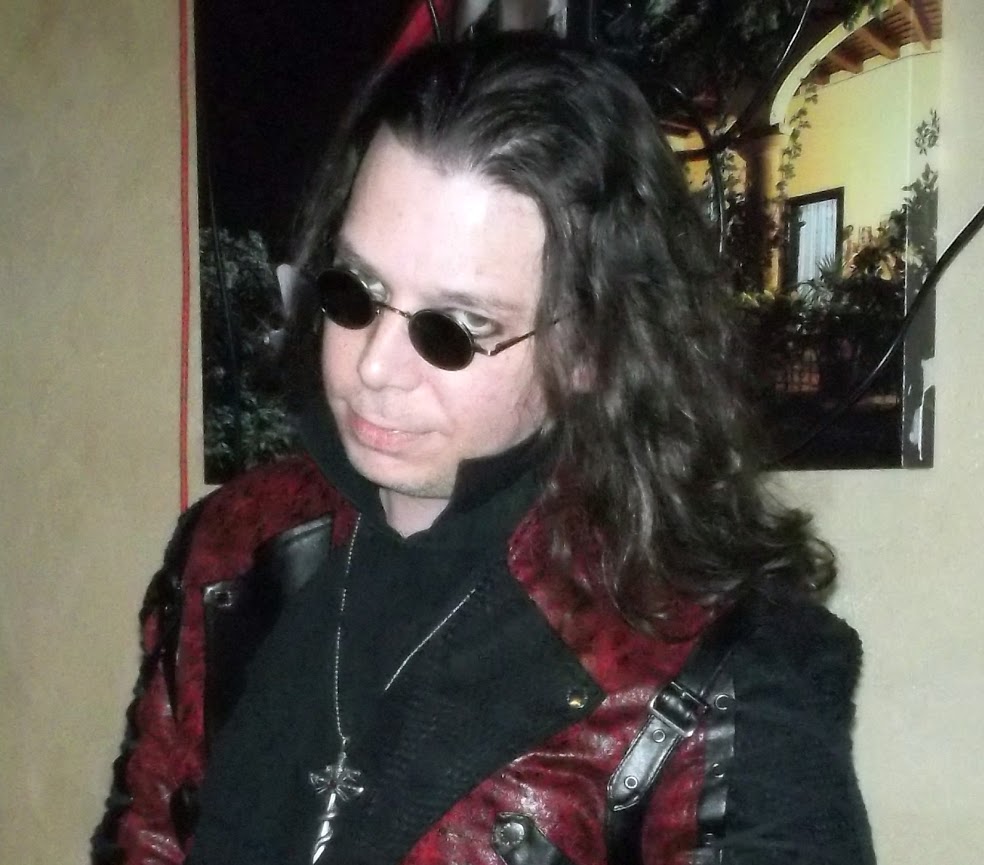 These are his motivations:

"Star Wars has always been my reference point as well as spur on the creative side and technology. I have always been passionate of science fiction. The project of Dark Resurrection has been made known to me by my friend Luke Zenari (also a supporter) having been part together SWLive project from the beginning and, for myself, for almost five years. I became immediately producer of the Volume 0, and now, finally, I can also sustain even the following. I WANT absolutely see the conclusion of the saga, and scroll to see own name in the credits, in the cinema, is a fantastic satisfaction. in Italy genre films is needed because now homegrown productions are always the same old soup. This project demonstrates how, with a little, you can create something innovative. And that passion, as the Force, always flows within us. "

Thanks Antonio and wellcome in the "Deed Of Thousand Heroes"! 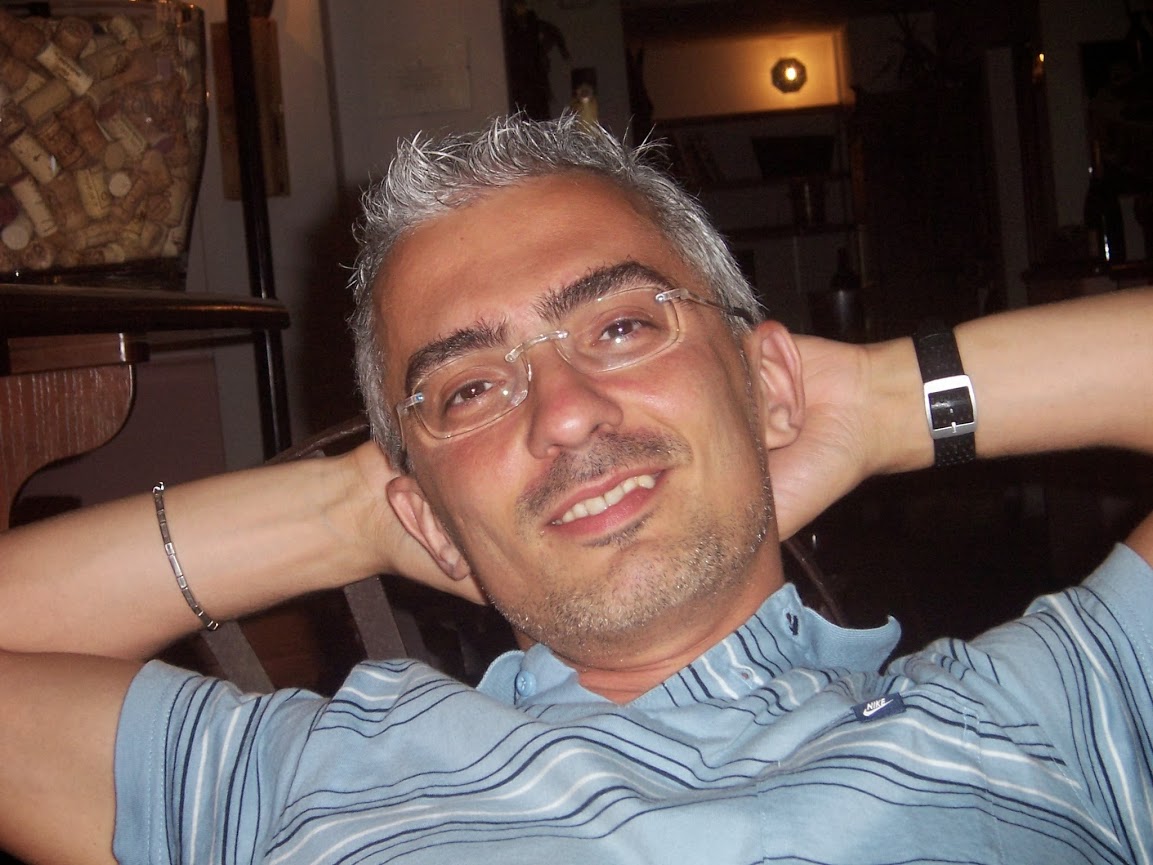 Here is Bruno Bossola, he lives in London and he also joined the Deed of the Thousand Heroes.

At our request the reason that pushed him to contribute to our project, Bruno has simply replied:

"I decided to help because I really liked the video :)"

A few simple words to say how Bruno has appreciated our work.

Thanks Bruno, May The Force Be With You ... Always! 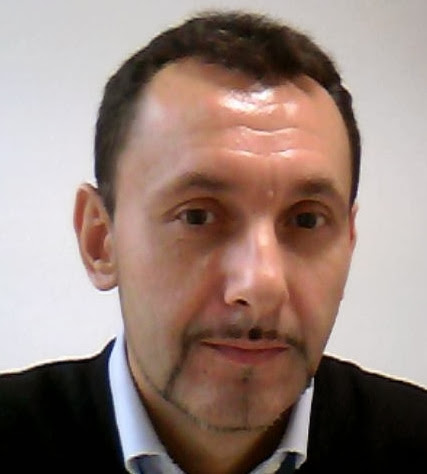 The Army of the pioneers who have decided to support Dark Resurrection Volume 2 before the others is proud to have a brand-new member: his name is Federico Banterle from Milan.

Let's find out what pushed him to support us: "Like a Youngling child, the unofficial term used to refer to Force-sensitive children, I grew up feeling an absolute admiration towards the Star Wars world, spending my whole childhood learning new things, like a young Padawan. My imagination and the memories of my childhood games will always be alive. All I can say is thank you for giving me the chance to be part of a dream come true. Thank you, I totally respect and appreciate everything you are doing...”

The Force is flowing strong through you, thank you! 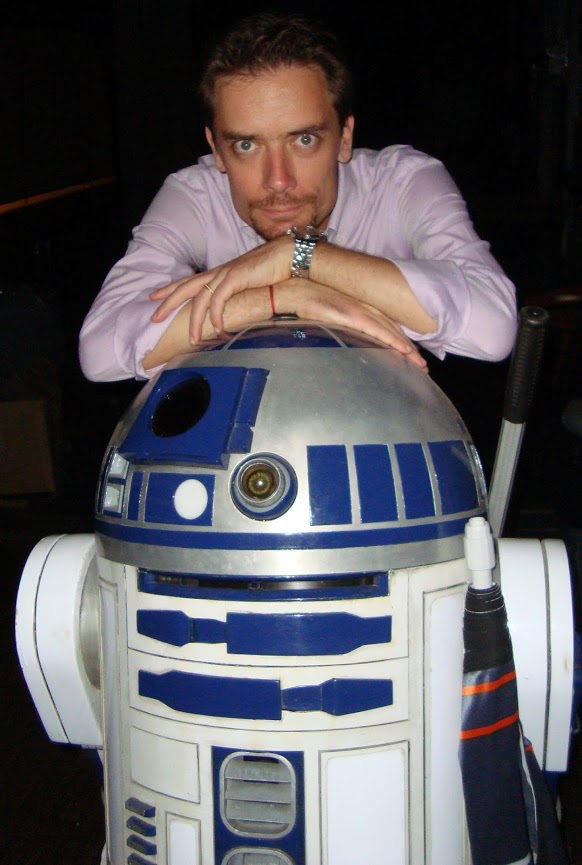 Alessandro, who lives in Udine, has long been one of our great and fervent supporter that I had the honor and pleasure of personally meet on the set of the famous "Battle of Eron" and then I met again in Sanremo during the premiere of Dark Resurrection Vol.0.

I could see his great enthusiasm in participating in our project and the love for this saga, which he describes clearly in his motivation that led him to become an associate producer also Volume 2.

"First of all I must say that I consider Angelo an exceptional director, I like everything he has done and I hope that he really drive this new generation of film makers to bring to light a genre, science fiction, that Italy many years ago could do very well but then dropped. He has the intelligence and sensitivity to combine the skill and passion you see it in all its shots. He has shown with DR0 especially, that the great film does not depend on big budget, but by the great love that one has for what he does. Participate in the movie as a Daikas warrior and associate producer for me it was a unique and unforgettable experience and all the cast and crew were wonderful. Were born friendships that last to this day, and so the choice to be there in some way in Dr2 comes right from the heart. May the force be with us always. Ale"

We all of the Staff thank Alessandro, as well as all those who, like him, continue to support us in all these years for this project can be completed. 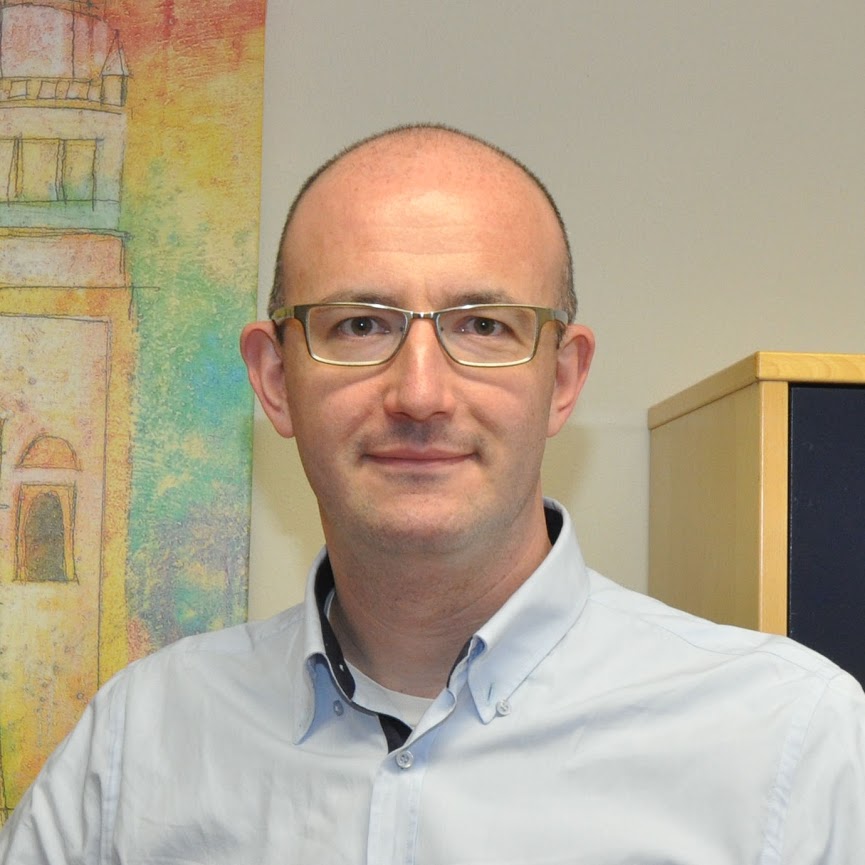 Marco Vicentini from Tregnago, in the province of Verona (Italy), decided to contribute to the realization of "Dark Resurrection vol.2" and does becoming directly Associate Producer.

When we asked the reason that pushed him to become one of the Heroes of the Deed of the Thousand, Marco replied:

"The reason why I chose to support the project: I believe in dreams! Especially when you are in so many to dream!"

Few words but very effective that bring us back to the very essence of this project: a common dream. 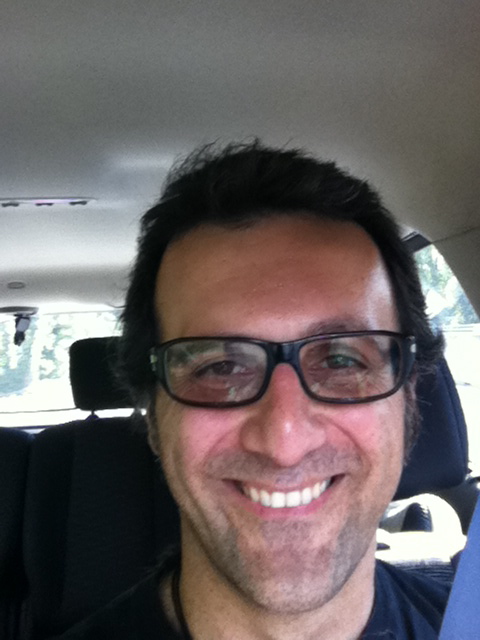 His name is Emilio Gallotta, he's from Rome and he's the 150th Hero of the Thousand.

At the request of the reasons that led him to contribute to our project, Emilio replied:

"As regards the reasons that led me to contribute to the realization of the film is because I enjoyed the first job and especially since star wars has been the dream of a child now as an adult continues to believe in the Force!"

Thanks Emilio! Your enthusiasm and encouragement motivates us to move forward in our venture! 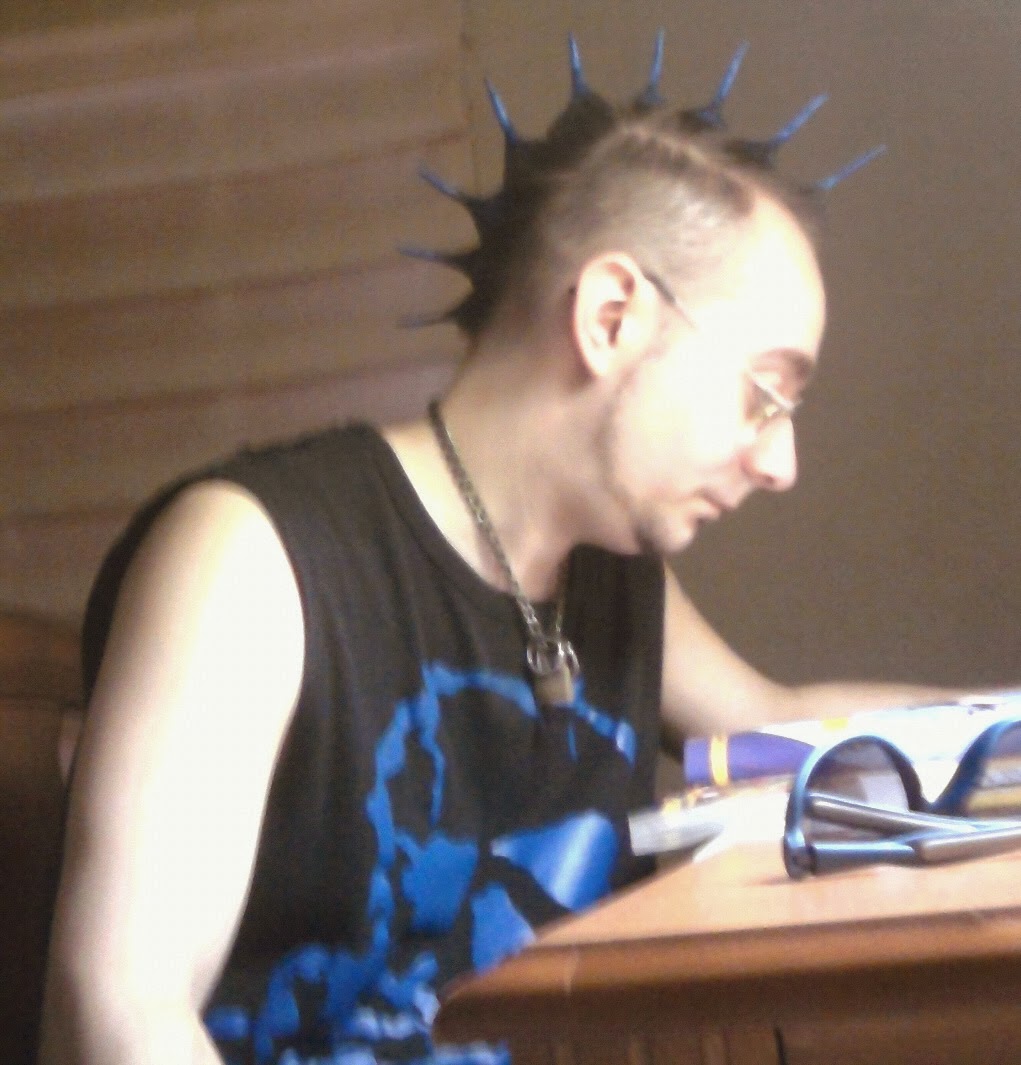 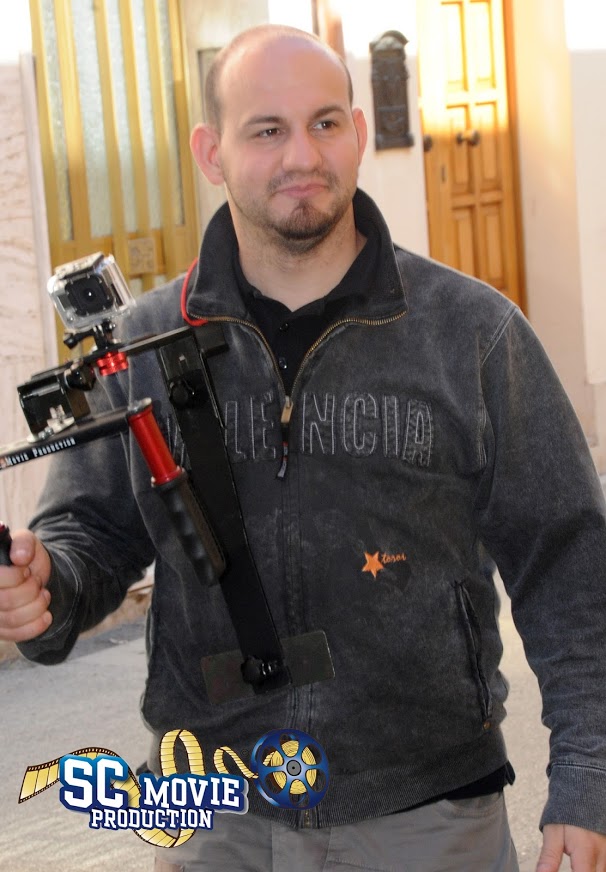 Another Hero has joined to the Deed of the Thousand, his name is Daniel Mercatali and he lives in Forlimpopoli (Italy).

Daniel wanted to contribute to the realization of our project, becoming Associate Producer, for the reasons that he explained below:

"The reason why I decided to help DRvol2 is because I believe that in Italy is not given due prominence to independent films, so I find it's fair value to all the artists who are part of it."

We thank Daniel for joining to the Company of Heroes of the Thousand and wish, as usual:

Fabio Crudele, besides being one of the Heroes of the Thousand Enterprise, is also a recent member of our team who deals mainly of our website.

Fabio has a highly impressive CV for his work skills but, in addition, it is also one of my myths regarding the creation of projects related to Grendizer/Goldrake (which are tied my childhood memories) that you can admire in these two websites:

As motivations that led him to become an Associate Producer of Dark Resurrection, Fabio said the following:

"There is no specific reasons, perhaps because I liked the idea of ​​a fan-made movie with so much effort and passion ...
Seeing that there is the opportunity to realize an idea, with the only motivation of passion, this pushed me to make the donation.
That in the end I found myself in some way in, even if only as a web engineer just makes me pleasure. I have always supported these causes that seem impossible, because I believe that in these works there is something honest and sincere, that is not related only to the production logic.
When I spoke with George, the modeler of our Grendizer, and I knew that he was giving a helping hand in DR well, then I decided it was worth somehow to help the work.
Despite certain titles that I gained on the field, I consider myself basiccally insane, but not in the pejorative sense of the term, mostly I like to draw roads on uncharted territory, so it was only natural that I give my little contribution to a visionary project as DR.
I would like just to highlight the fact that I share with you a common passion, that for visionary projects that go beyond patterns.”

We all thank Fabio not only for the economic contribution but also for the important work he is doing for the site of Dark Resurrection that by Christmas 2013 is protected by his “antigravity beam”. 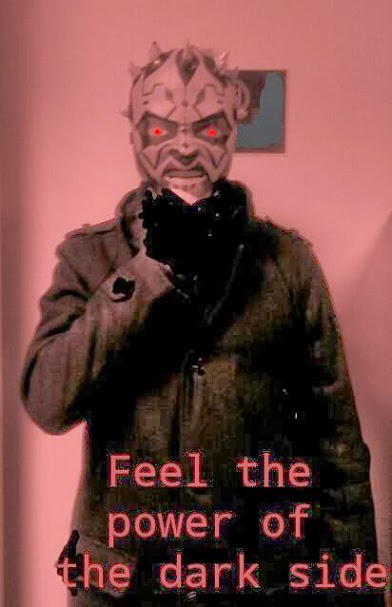 A brand-new PIONEER is joining the other Heroes who have already decided to become part of this glorious dream. His name is HARALD KAISER and he's from Nürnberg, Germany.

Here are his words: "A long time ago, George Lucas started with a small project and now it is the greatest space opera of all time. It has even become a sort of inspiration for many fans to produce some others fanfilm projects. The stuff of Dark Resurrection deserves the highest respect for the hard work that has gone into this film. Now even your fans from Germany can watch this magnificent film, as I translated DR. Vol.1 into German and uploaded on Youtube http://www.youtube.com/watch?v=VgN3FZJbkL0, hope you like it."

Thank you twice Harald, both to be one of our pioneers and for your translation.
It will surely help spread DR worldwide!

May The Force Be With You, Harald, and With All Of Us! 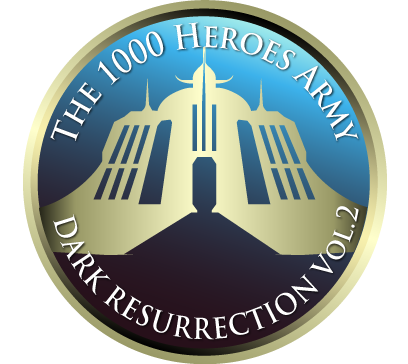 Filippo Mauro Boni from Milan is the new Hero who joins the list of the pioneers who are supporting Dark Resurrection Volume 2.

Here is the reason: "I recently discovered Dark Resurrection and I am impressed, you did a great job, I absolutely had to make a contribution, in some way."

Thanks Filippo, May The Force Be With You!