Dark Resurrection is a non-profit experimental movie, freely inspired by the universe of Star Wars and divided into three volumes.

This project was born from the need to make the Italian genre film come up again, as the great Italian productions are increasingly abandoning this film branch. Therefore, the idea was to make something epic, remarkable. The great passion for Star Wars has been the inspiration source from which we started creating this legendary trilogy.

Although the whole Volume 1 was shot with limited resources and a very low budget (7000 euro of out pocket expenses), even when the Lucasfilm itself watched the trailer defined it "truly amazing".

The Volume 0, the outcome of this overwhelming wave, is a brand new chapter added in the trilogy. A flashback in the story of one of its main characters: the obscure and unfathomable Lord Sorran.

Perhaps the first film in the world fully realized thanks to crowdfounding, proves that in and in the world there is still a strong need to explore the genre film’s universe, without any economic constraints and market needs.

Thanks to the outstanding enthusiasm of millions of people from every corner of the world (both volumes have passed the threshold of one million views on Youtube only), soon it will start a new fundraising campaign for the production of Volume 2.

Thanks to the support of hundreds of donors, the epic conclusion of this saga, which many fans are looking forward to watching, will be fully produced!

JOIN THEM, SHOW EVERYBODY THAT DREAMS ALWAYS COME TRUE,

THE LEGEND IS YOU! 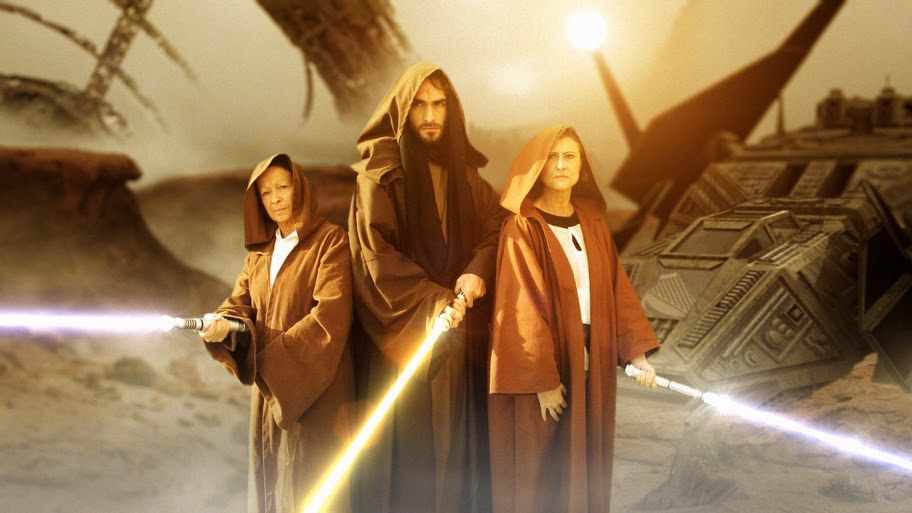 I knew the world of Dark Resurrection in 2006 at the end of the 1st volume after reading a news in a local newspaper in Ventimiglia about two filmmakers who were shooting a science fiction movie. At first, this news made me laugh, because I thought science fiction was a film branch too much intrepid to take place in this border area. However, at the same time since I was already involved in an amateur short film production, I was very curious about it and I wanted to know better those crazy people. So, when I looked it up on the Internet, at first I found a trailer of the movie and I could hardly believe what I was watching: it was technically perfect and exciting, even if it lasted only a few minutes. Then I found the official website, which was well organized. I sent an e-mail to the director Angelo Licata and to Davide Bigazzi who welcomed me with a great spirit of friendship and sharing.

2- Can you tell us your role within the production?

Within the universe of Dark Resurrection Vol.2, I deal with the administration and organization of the film production and therefore also with the budget management and accounting, as well as with the payments for general expenses, such as technical material and equipment. Moreover, I also deal with the organization of the sets where the shootings will take place, while looking for a catering service for the staff, for instance. I also look for the locations and if needed, I ask the permission for shooting.

1- First of all, tell us something about you!

The Iron Ring has been dealing with costumes and props for more than a decade. We started with the historical reconstruction but soon we spread towards other things, such as: fantasy, science fiction and other types of “genre” costumes and props.

We were already aware of Vol.1, and when we found out that even Vol. 0 was in process, we immediately called Angelo Licata, telling him that we absolutely wanted to take part to the project. At first we started to work on a couple of costumes, however in the end we created 17 new costumes!